A first glimpse of Aurora, the double-decker-bus-size polar bear puppet specially commissioned by Greenpeace to lead an Arctic-inspired street parade to the London HQ of oil giant Shell on 15 September. The three-tonne marionette bear will be operated from the inside by a team of 15 puppeteers, including artists from West End blockbuster War Horse, and will be hauled on ropes by 30 volunteers along a route including the Houses of Parliament and Westminster Bridge. The giant bear, which is made of replica and reclaimed ship parts as well as recycled materials, will be carrying in her fur the names of over 3 and half million people who have joined the global movement to protect the Arctic from industrial exploitation. The names will be delivered to Shell’s HQ in London on 15 September as part of a global day of action to protect the Arctic. 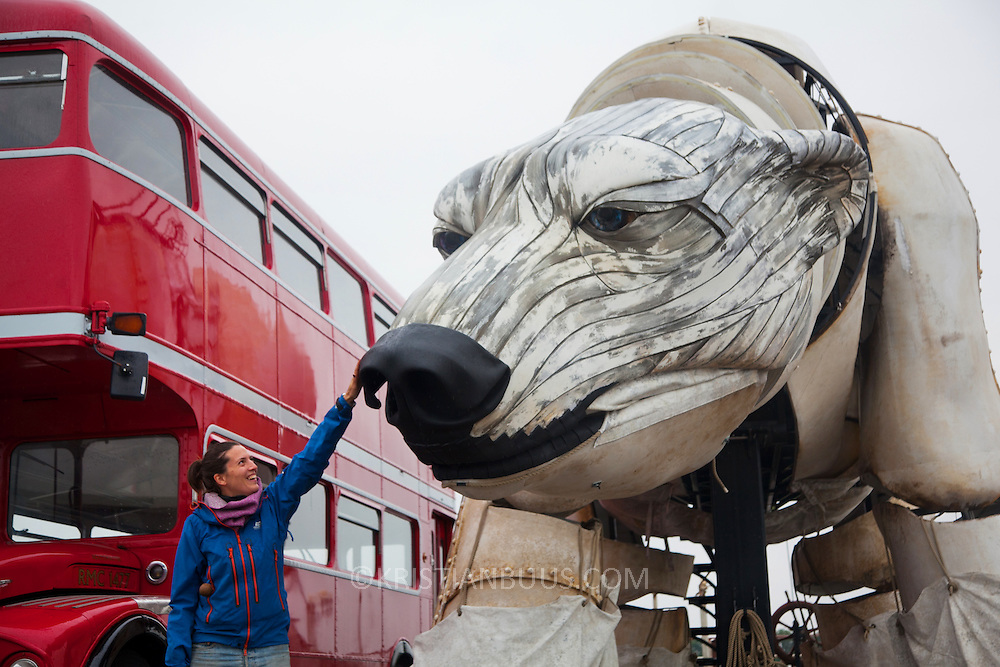