Climate activists from the Building Block, one of three groups of activists, are making their way across fields and pass police to join the ongoing blockade of Coryton oil refinery. The police Forward Intelligence Team has arrived and are photographing activists to identify them later. One way of rying to avoid being identified is using an umbrella to block the view...Crude Oil Awakening is a coalition of climate change activist groups. On Saturday Oct 16 they shut the only entrance to Coryton oil refinery in Essex, UK with the aim of highlighting the issues of climate change and the burning of fossil fuels. The blockade meant that a great number of trucks with oil were not able to leave the refinary during the day of action. 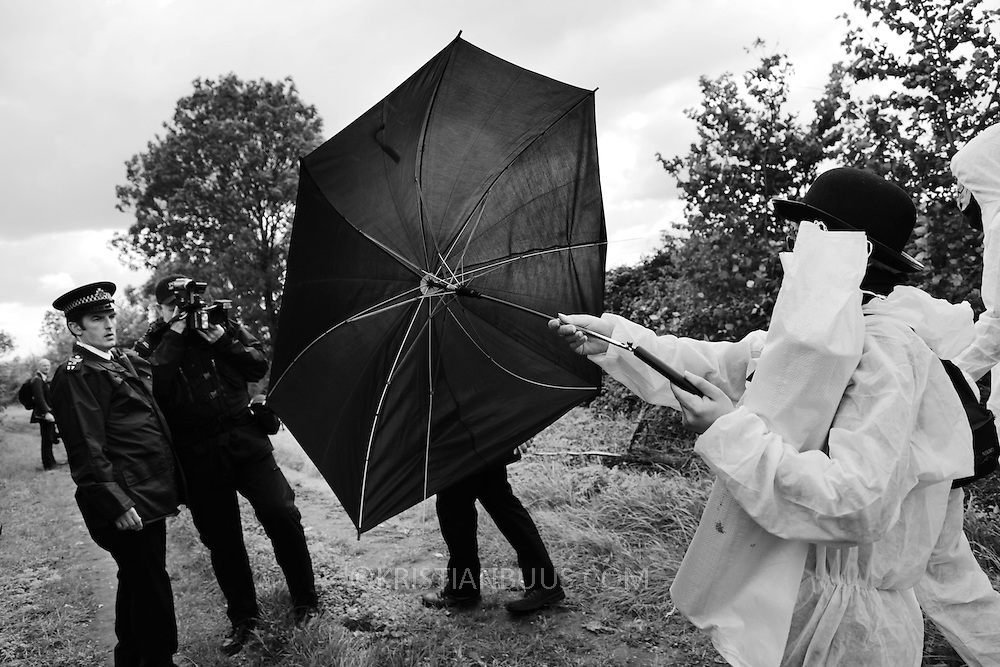