Police watching over sound system playing to a young crowd after the official march has ended in Charing Cross, blocking the road and Trafalgar Square. Numerous trade unions in the public sector called for a day of strike and in that connection marched in London against the Government's pension cuts. Most schools in Scotland were shut and more than half of all schools in England were shut for the day . Many nurses, doctors and health workers went on strike in protests against the Government's austerity measures. 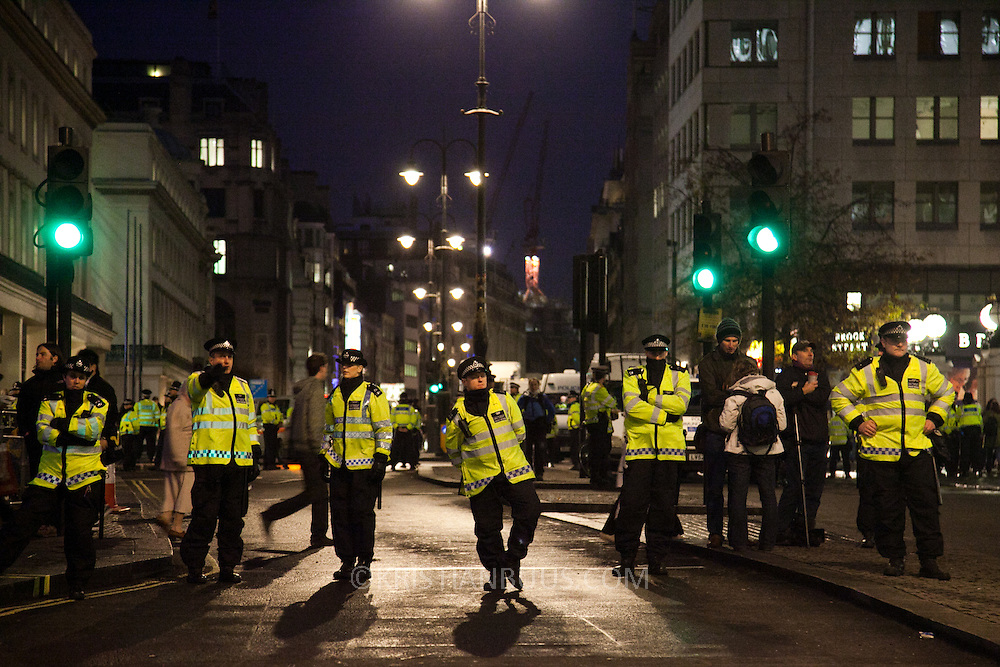