Activists met at Waterloo Station before heading to off to catch a train to Stratford le-Hope in Essex. Most of the activists had no idea where the direct action was going to take place, only on the train was this tightly guarded secret told to them. Here activists make their way from Monument to Fenchurch Street train station, still unaware of their final destination far outside of London...Crude Oil Awakening is a coalition of climate change activist groups. On Saturday Oct 16 they shut the only entrance to Coryton oil refinery in Essex, UK with the aim of highlighting the issues of climate change and the burning of fossil fuels. The blockade meant that a great number of trucks with oil were not able to leave the refinary during the day of action. 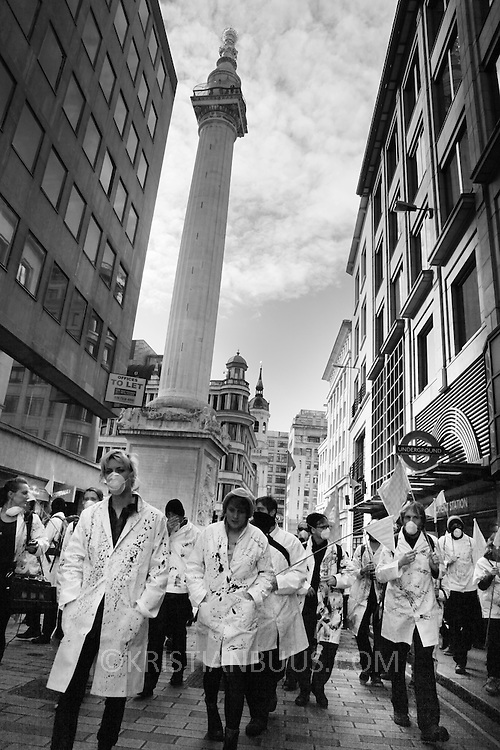