March 26 was the day of the March for the Alternative, an anti-cut demonstration organised by the TUC, which drew 3-500.000 people from all over Britain. Along side and after various groups, some Black Bloc, some from UK Uncut and other independent groups staged their own protests around Central London. 100s of UK Uncut activists took over Fortnum and Mason for a good 3 hours. The occupation was peacefull and not even a chocolate bunny was hurt in the process. The owner of Fotnum and Mason, Whittington Investments is accused by UK Uncut of tax evasion to the tune of £ 40 million. Speeches were made throughout the day and ongoing discussions on how to deal with police..The activists had left the shop volunteerely under the the understnading with police they would be able to leave the area. However, soon after they had exited it bacame claer that the police were arrsting them all one by one. 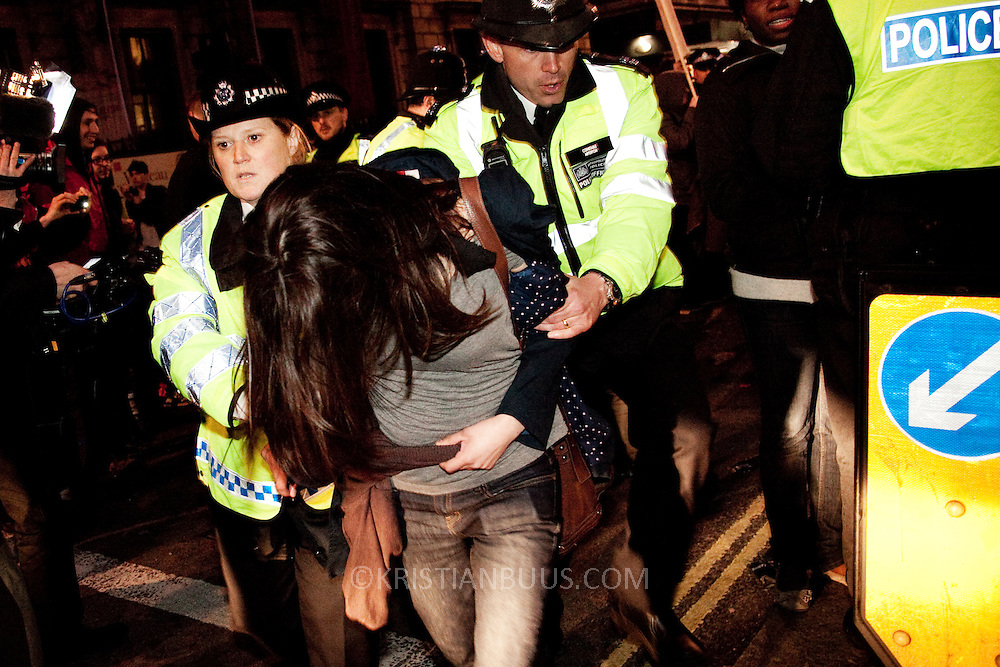