Ativists from the air pollution campaign group Stop Killing Londoners spray paint their message on City Hall and the walls by the Thames Wednesday 21st of March 2018 in Central London, UK. Many thousands of Londoners and people in major UK cities die every year from air pollution mainly from diesel emmissions. The activists want the Mayor of London, Sadiq Khan to do much more to curb the air pollution in London. The spray paint is chalk based and easily removed. In spite of this the activists were arrested for criminal damage. The action is part of a long running campaign and all 4 activists broke their bail conditions imposed the day before from a previous similar action. 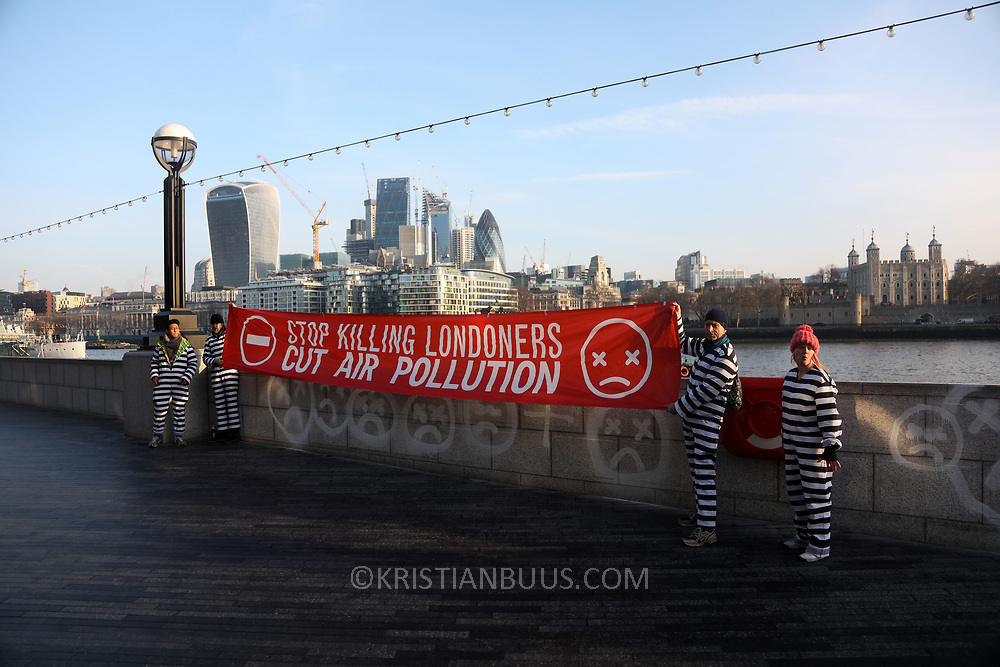