Hundreds of people gathered at a peaceful vigil for Sarah Everard on Clapham Common in South London on the 13th of March 2021, London, United Kingdom. Sarah Everard went missing on 3 March after setting off at 9pm from a friend’s house to make her two-and-a-half-mile journey home and was days later found murdered. Brief chaotic scenes when the police retreated and people were pushed aside. People had turned out to pay respect and love and mourn Sarah Everard as well as all the women and girls who on a daily basis are hurt by men. It was an event full of sadness and reflection and anger but peaceful. The vigil was not sanctioned by police because of Covid restrictions and the police decided to arrest a number of people in an attempt to break up the peaceful and highly emotional vigil. The event took place around the band stand on the common and speeches were held from the stand till police confiscated the sound equipment. The police have since been highly criticized for their handling of the event. 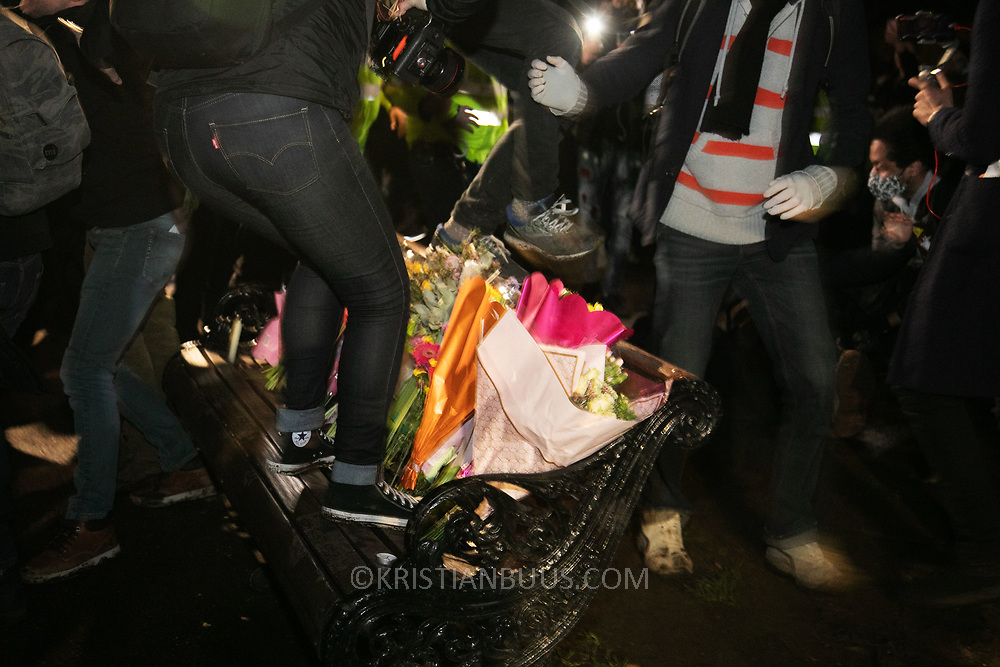