The Stars Foundation visiting S.A.F.E in the Loita Hills near the Tanzanian border in Kenya...It is mainly Maasais who live in the Loita Hills up above the Serengeti plains. They live in small villages and communities called bomas and live mainly of raising and selling live stock such as cattle and goats. Its a very remote region in Kenya, hard to get to without a four wheel drive with very little infrastructure and up till 2010 no mobile phone network. The Maasais are well known though out Kenya and the world for their colorful clothing and their way of keeping their old traditions alive...It is Wilson's wedding party and his village is full of visitors. Wilson is also a member of the S.A.F.E theatre group. Here weddng guests are enjoying a performance by S.A.F.E about Female Genital circumcision. S.A.F.E. is a charity which educates children and young people about life skills and how to protect themselves from HIV and other STIs through performance. They also do performances about Female Genital Mutilation, an old tradition amongst the Maasais in Loita and a very brutal and controversial custom which S.A.F.E is trying to eradicate. There is no electricity other than a generator which runs two lights used for the show. 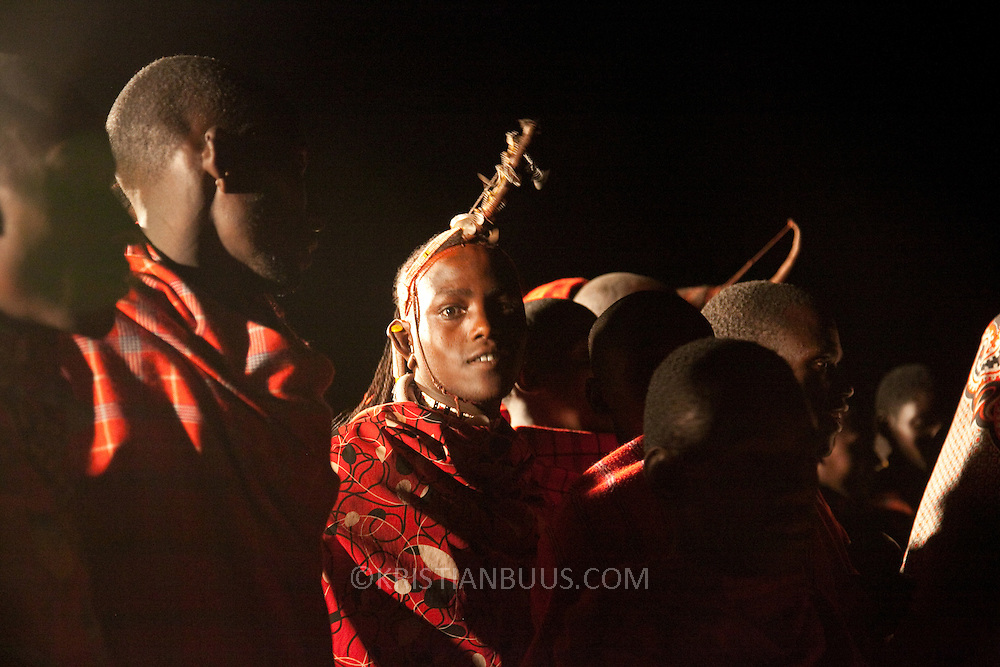