A driver stuck in traffic due to the demonstration waits to move on. An unscheduled demonstration against the newly elected Conservative govenment makes it's way through Central London past Downing Street several times. After 5 years of coalition rule with severe austerity policies the Conservative party led by David Cameron won the general election and the demonstrators fear another 5 years of cuts. The Protest went on peacefully but loud closely followed by the police. 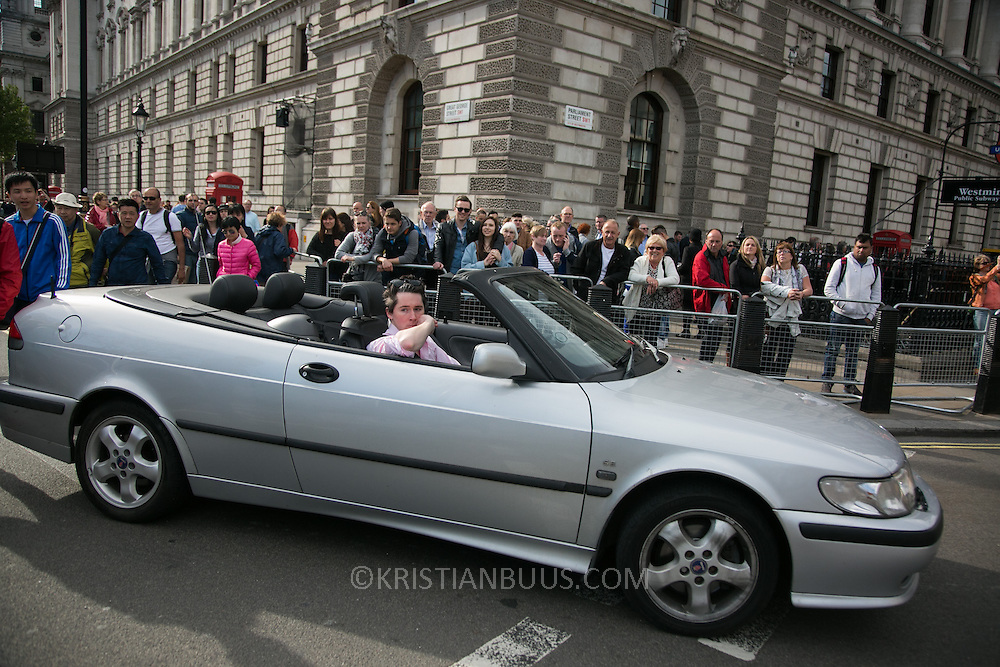