Greenpeace activists board a BP oil rig in Cromarty Firth to stop it from further oil drilling at sea, June 9th 2019, Cromarty, Scotland, United Kingdom. The oil rig 'Paul B. Loyd, Jnr', owned by Transocean, was due to head to BP's Vorlich field, 150 miles (241km) east of Aberdeen to drill for oil for BP. The Cromarty Firth is used by oil rig companies for its shelter and close proximity to the North Sea and oil fields to keep their rigs. The occupation by Greenpeace activists subsequently delayed the departure for 5 days and 14 activists were arrested in the process. Greenpeace says that in an age of climate emergency BP should not be drilling for new oil but look for non-fossil fuel means of energy. 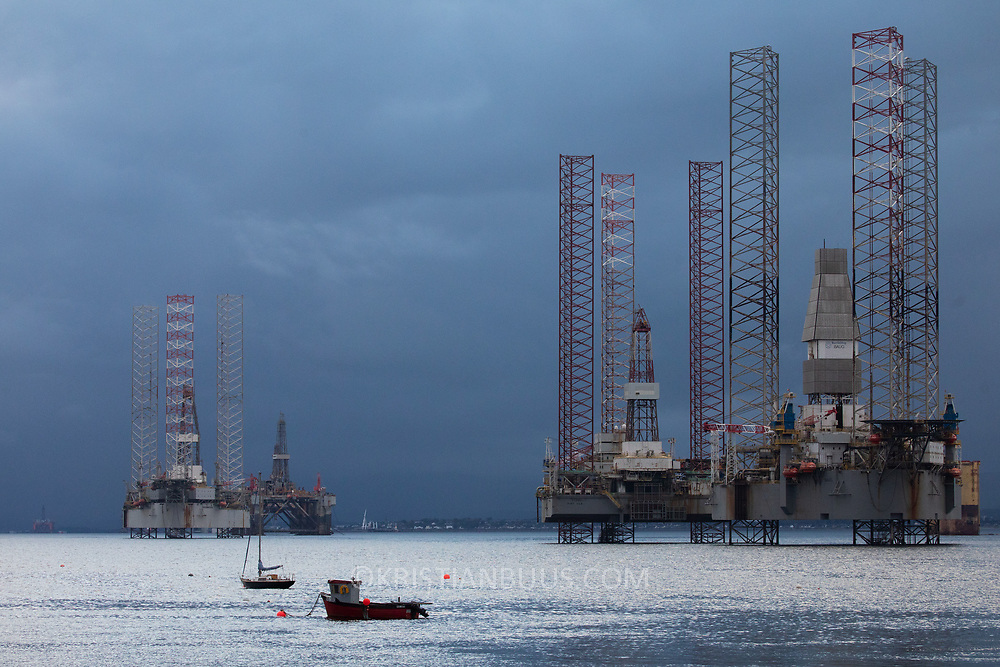