March 26 was the day of the March for the Alternative, an anti-cut demonstration organised by the TUC, which drew 3-500.000 people from all over Britain. Along side and after various groups, some Black Bloc, some from UK Uncut and other independent groups staged their own protests around Central London. Here black bloc anti-capitalists and anarchists have paint bombed TOP Shop in Oxford Street. Topshop is owned by Sir Philip Green whos is seen by many as not payning his due taxes and his retail shops often have been a target for UK Uncut activists. 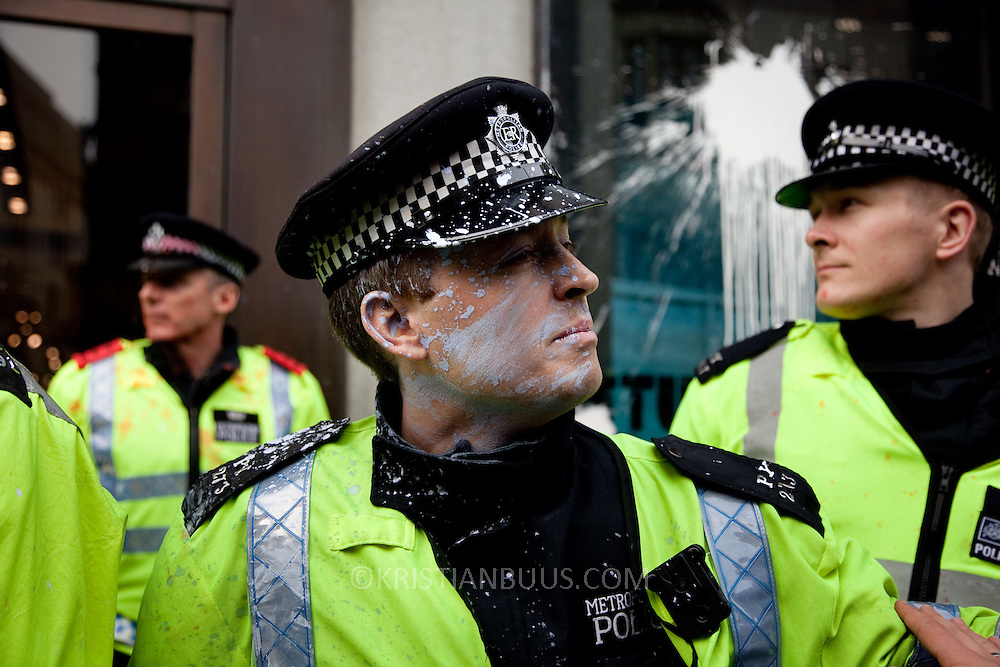