Day three of the occupation - and the first Monday. Many city workers make their way through the square to get to work. An activist is busking, playing to passers by asking for shares only. The square has been renamed Tahrir Square after the square in Cairo. The Occupy London Stock Exchange movement was formed in London in solidarity with the US based Occupy Wall Street. The movements are a respons and in anger to what is seen by many as corporate greed and a failed banking system being bailed out by the public, - which in return are suffering austerity measures to make up for the billions of lost money. The movement occupied the St Paul's Square in the City of London Sat Oct 15 after it failed to secure and occupy Pator Noster Square and the Stock Exchnage itself. 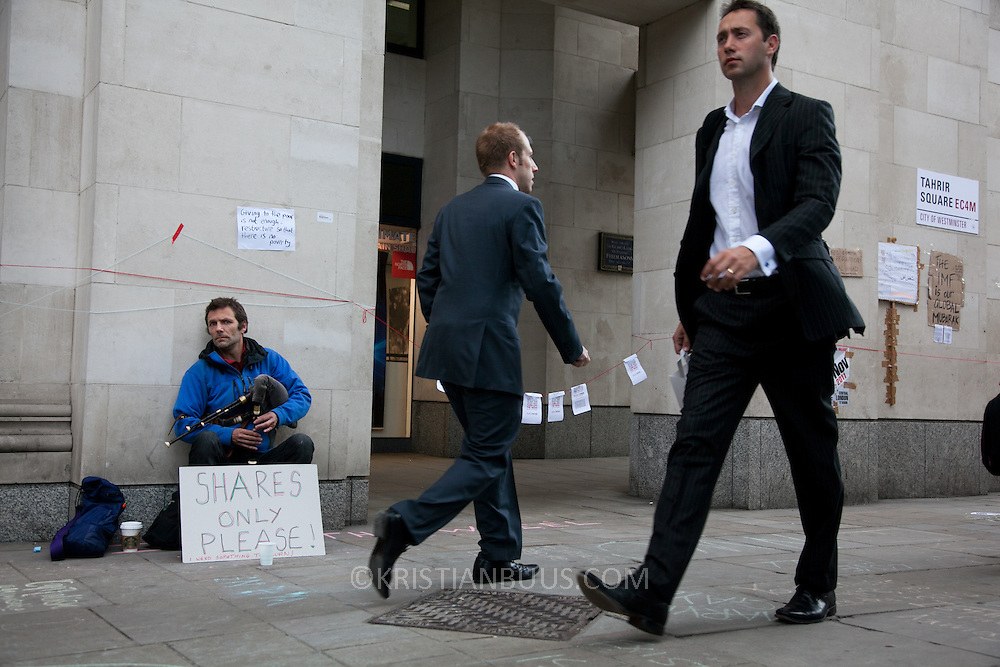