Thousands of students and some trade unionists took to the streets in London to protest against the proposed Lib-Con coalition Government's cuts in educationa and public sector. The march started in Mellet Street next to SOAS University and by Parliament it dissolved into many smaller groups dispersing around Central London. It was a noicy but peaceful protest with very few arrests and no injuries. Here a small group has blocked the shop Dorothy Perkins in Oxford Street, demanding that Green, the owner, pay all of his taxes. 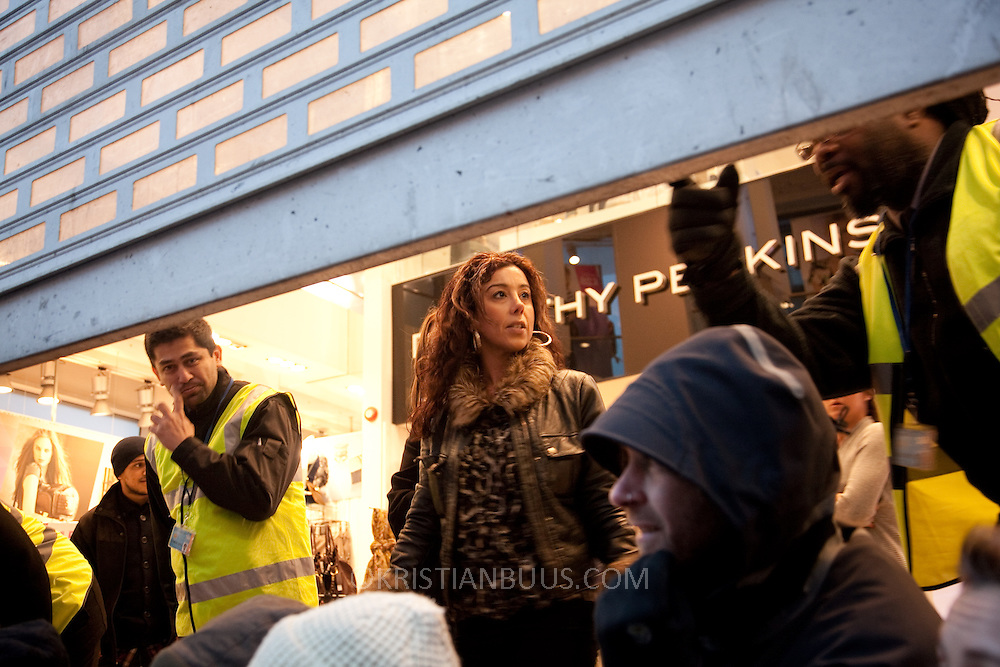