Workers struggle with a piece of concrete pipe and smokes. 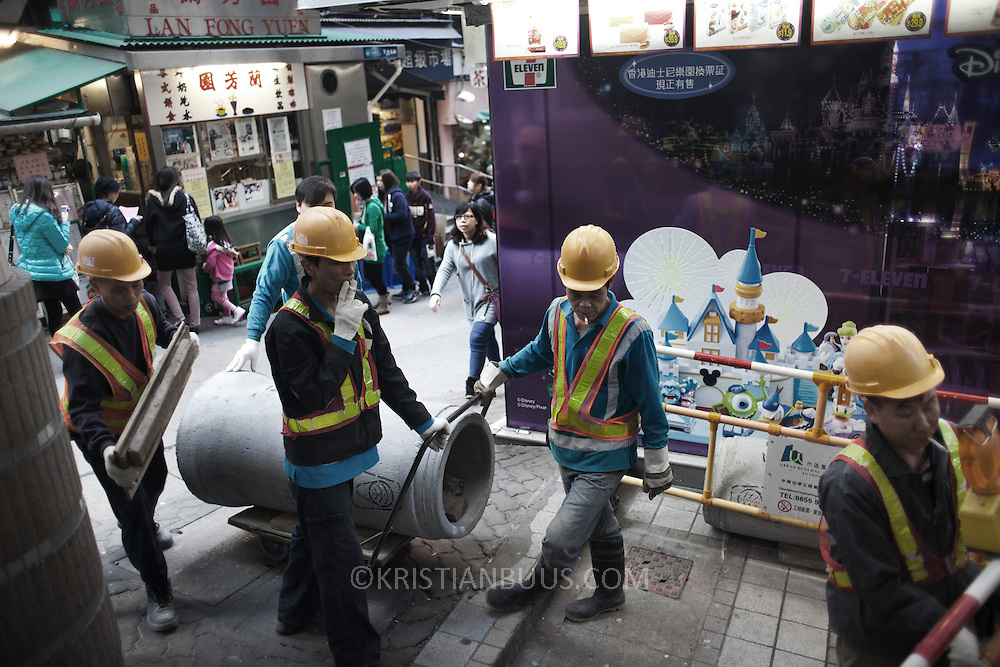