Climate Camp 2008 at King's North Coal Power Station..The field chosen for hosting the week of Climate Camp was successfully taken Wednesday around 3 pm and is now leagly occupied by Climate Campers. The work of setting up camp has begun, prepairing for potentially thousands of climate campers arriving from around the UK. The camp officially starts Sunday August 3. .A team of climate camp activists play a local team from Strood. Tactical meet between the team of campers trying to make up being behind 3-0 at half time. 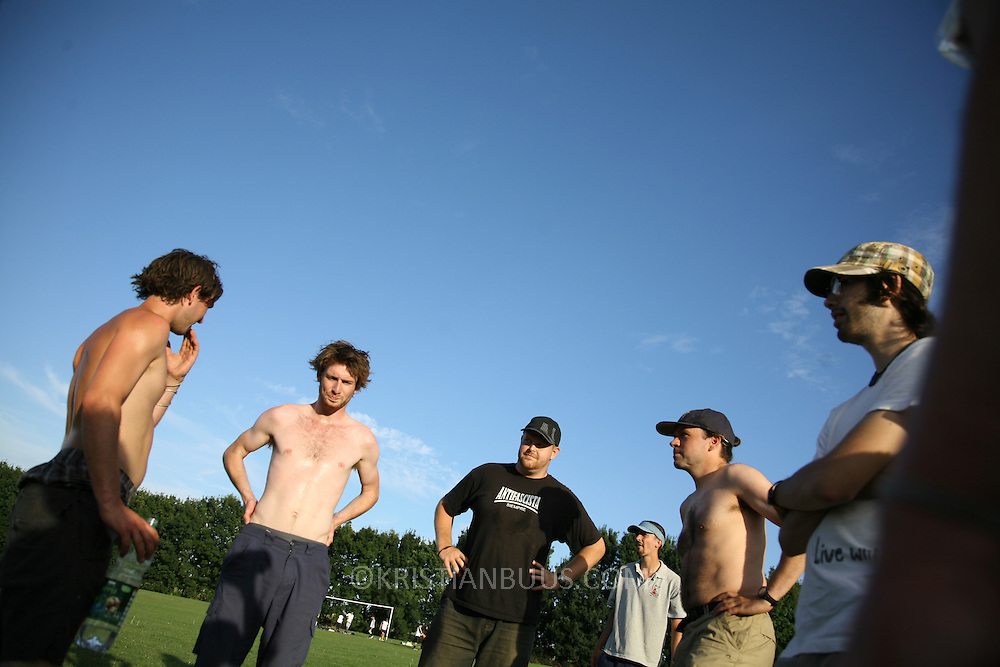