Bjarne Ottesen collects seaweed by the easternmost coast of Jutland, Denmark. Bjarne Ottesen is the co-founder of Nordisk Tang, which is a family run business. Ten years ago Bjarne was introduced to the idea that seaweed can be the answer to many current environmental issues by Michael Gorbachev. He and Gorbachev were both part of a Green Cross conference in South Africa where Bjarne first realised the huge potential to solve many of the world's food production issues by using seaweed. Researchers are currently loking into using seaweed as a biofuel to be used in cars and Nordisk Tang is part of this research project. 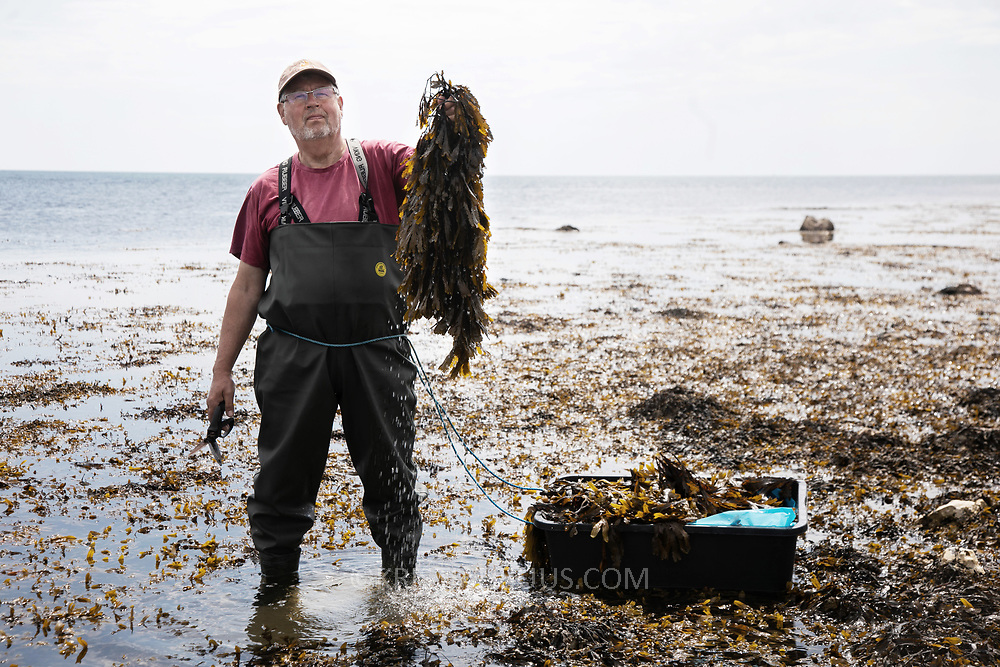