Plenary at the Main Marquee; Climate Justice:Copenhagen and beyond. Panel with Clayton Thomas Muller from
Indigenous Environmental Network in Canada, Joanna Cabello from Carbon Trade Warch, Friends of the Earth and Chris Kitchen from Climate Camp. A huge crowd filled the main marquee, listening and asking questions regarding COP15.


After the plenary the two contestants for winning the price of being swooped in October were presented and the winner announced, here its DRAX roaring it fuming dirty coal head off. 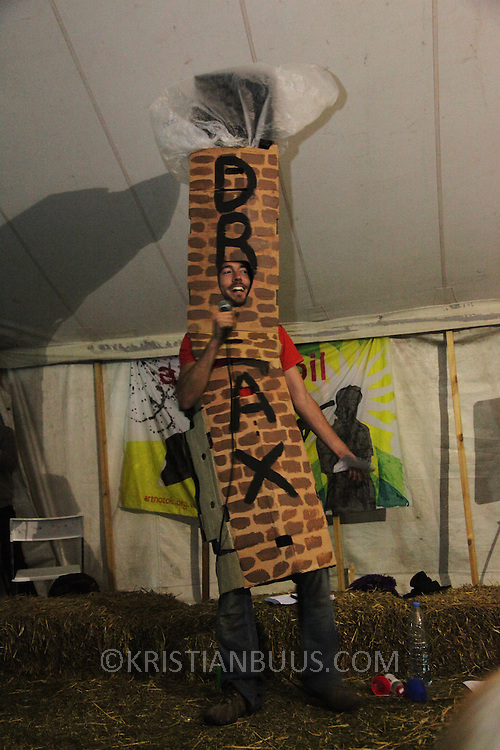