Tens of thousands took to the streets in Central London taking part in the the Global Climate Strike, September 20th 2019, London, United Kingdom. Bust cards are handed out. For a short while Lambeth Bridge was occupied by sitting protesters, most of them teenagers. The Police quickly cleared the bridge and opened it up to traffic again. The day of strike for the climate was a global event with millions taking part across the globe. The strike was inspired by Greta Thunberg, a Swedish school girl who started the first school strike for the climate. Her action inspired school children across the world to go on strike demanding radical climate change policies to save their future. On September 20th adults aand children alike went out on strike to demand radical political change and climate justice. The day included speeches and a march through central London. 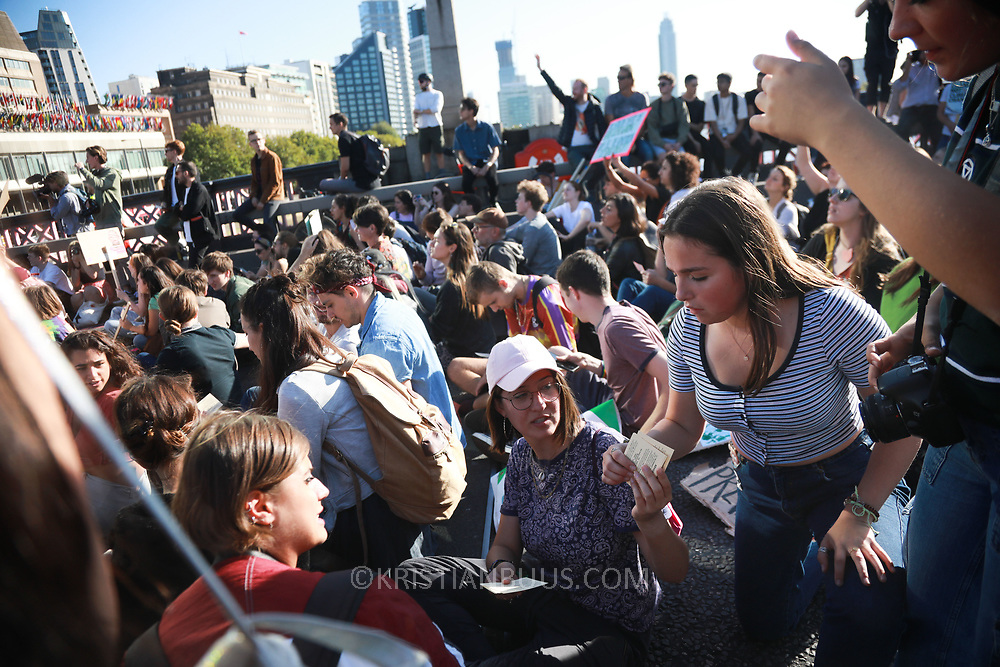