A man makes fun of the religious protester. A few Christians opponents of the bill made themselves hear using a speaker and posters. They threatened the crowd with God's ponishment for being sinners. The moment when it is announced that the Same Sex Marriage bill had been passed. London Gay Chorus and supporters of the bill celebrate outside the House of Lords. The campaign for the bill has lasted decades. Summary of the Marriage (Same Sex Couples) Bill 2012-13 to 2013-14
A Bill to make provision for the marriage of same sex couples in England and Wales, about gender change by married persons and civil partners, about consular functions in relation to marriage, for the marriage of armed forces personnel overseas, and for connected purposes. 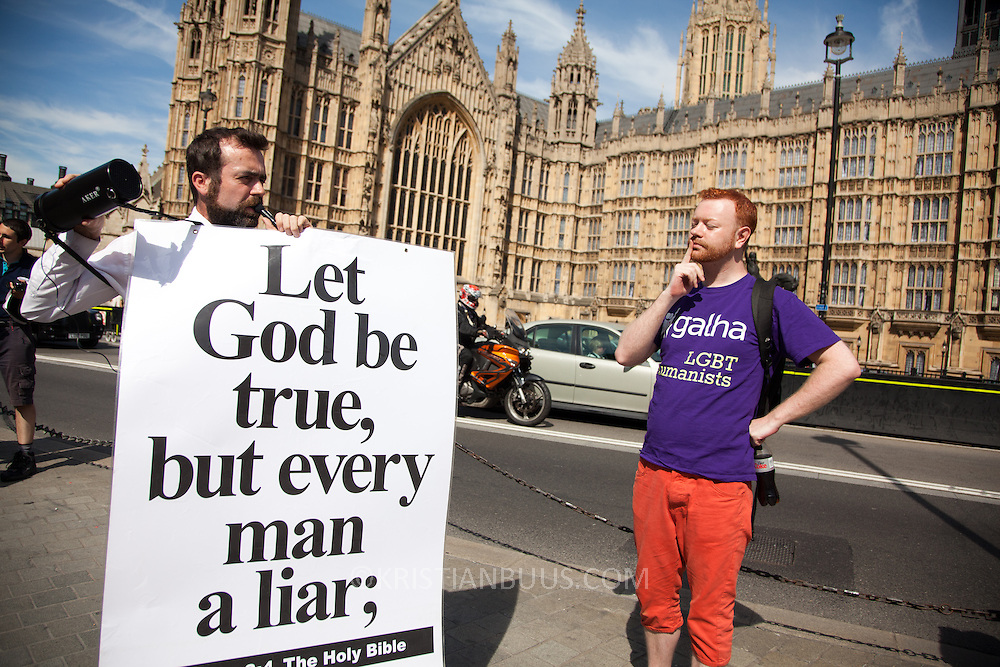