Morning yogo by the gates. 20-30 people slept on the road and are slowly waking up. Block Around the Clock - fourty eight hours of party, work shops, yoga, sleeping and anti-fracking campaigning in front of the gates to Cuadrilla's fracking site in New Preston Road, Lancashire. The Cuadrilla site in Lancashire in a highly contested site, almost ready to extract gas. Block Around the Clock is part of a nationwide campaign to prevent fracking in Lancashire and across the England ( fracking is either banned or put on hold in Scotland, Wales and Northern Ireland.) 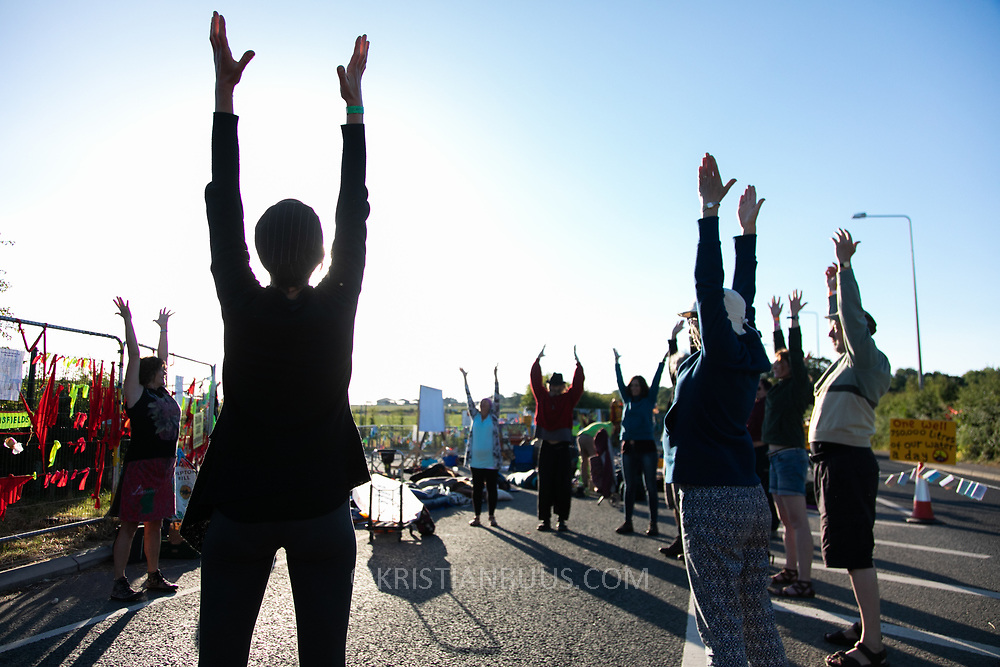