A docker grabs the mooring rope of a Star Ferry docking in Kowloon. The crossing between Hong Kong Island and Kowloon on the mainland is a short 5 -10 minute ride and the Star Ferry is used by commuters morning and night. 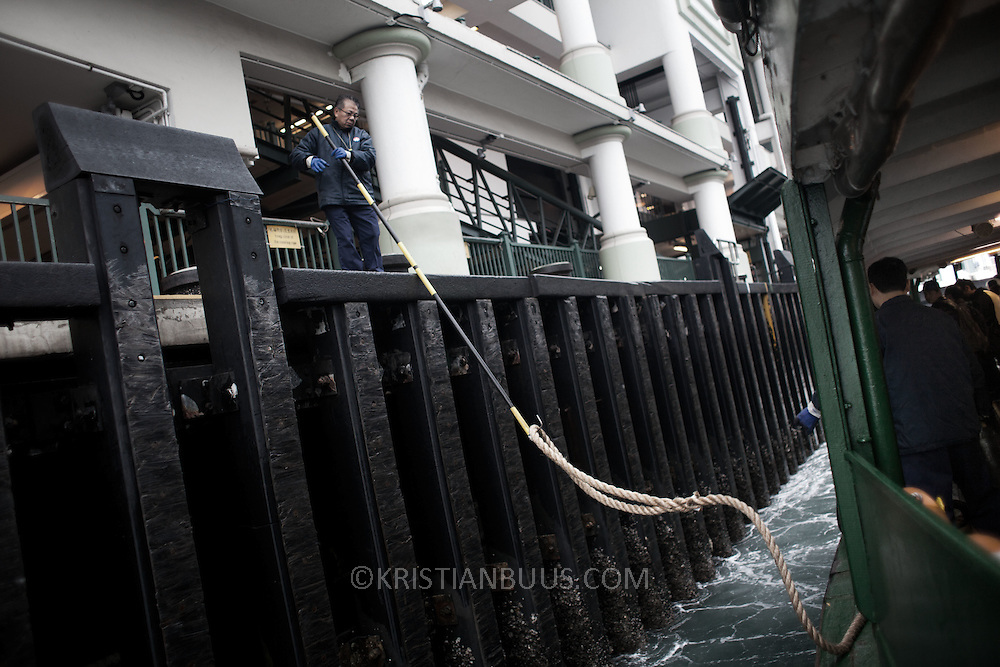