The Camp for Climate Action UK 2007
The camp was a camp set up to highlight protests against a proposed third runway at Heathrow, destroying nearby villages, and to put the spotlight on climate change issues. The campers had been villified in advance by police and some media out-lets, claiming the campers would attack Heathrow Airport, but all directs actions which came out of the camp were very peaceful. The campers were only armed with peer-reviewd science and cardboard shields covered in images of people from around the globe, - all facing global warming as this photo shows. 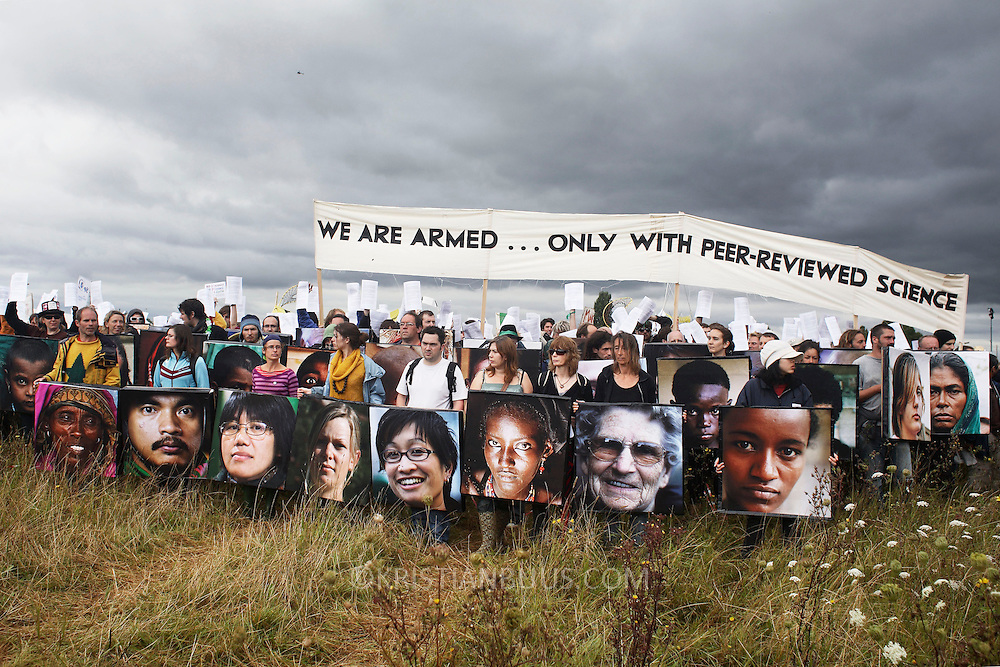