The Stars Foundation visiting S.A.F.E in the Loita Hills near the Tanzanian border in Kenya...It is mainly Maasais who live in the Loita Hills up above the Serengeti plains. They live in small villages and communities called bomas and live mainly of raising and selling live stock such as cattle and goats. Its a very remote region in Kenya, hard to get to without a four wheel drive with very little infrastructure and up till 2010 no mobile phone network. The Maasais are well known though out Kenya and the world for their colorful clothing and their way of keeping their old traditions alive...Young men called Morans are competing in jumping as high and straight as possible, a copetitive dance called adumu, at Wilson's wedding. The Morans are you men almost ready for the coming of age ceremony held every 10-15 years. 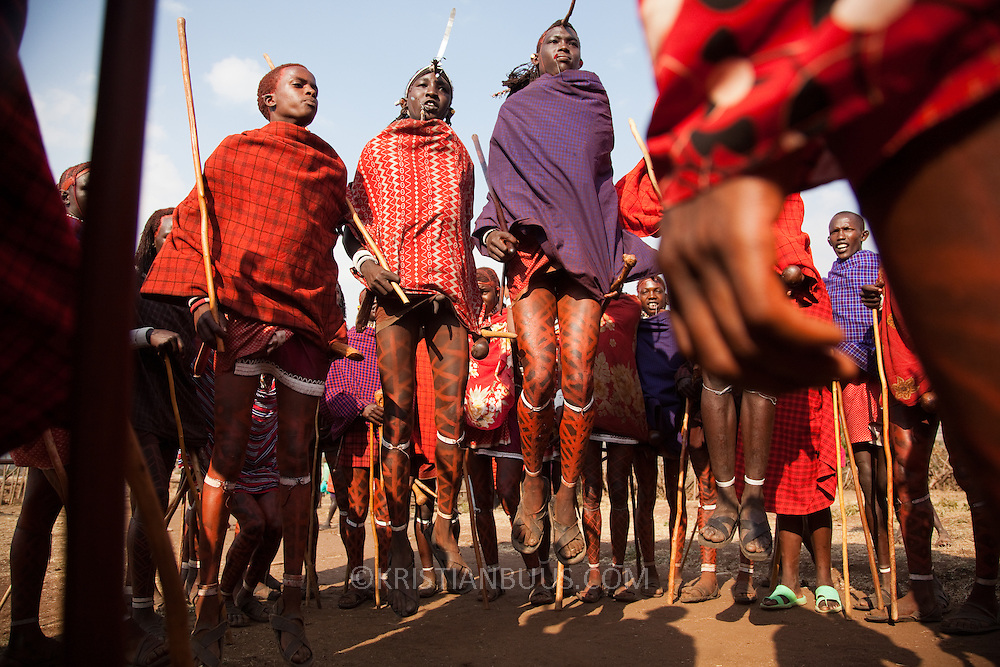