A building site manager takes a break in Central. 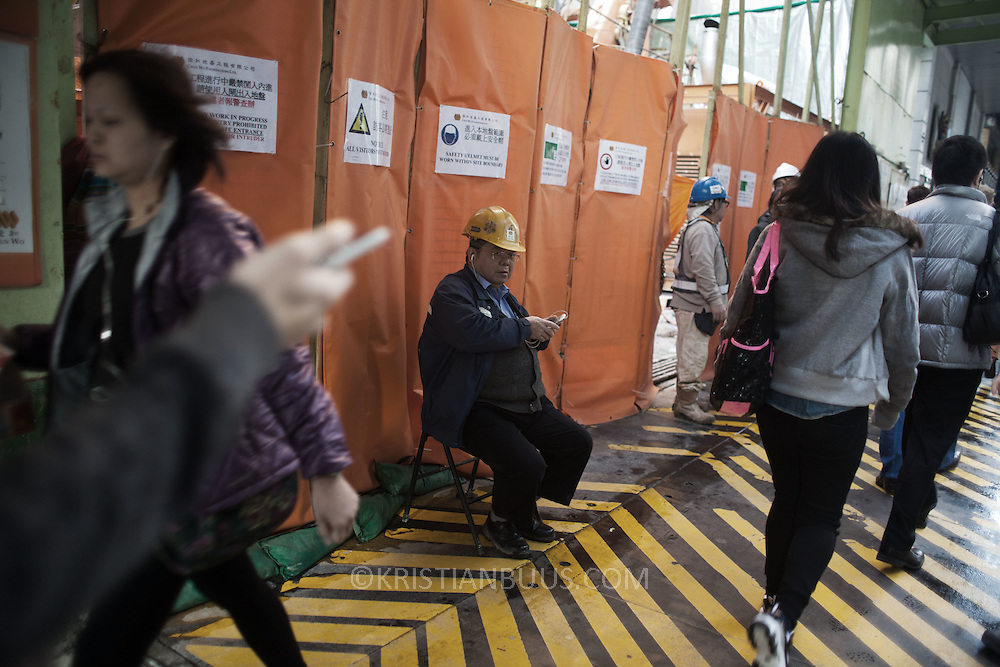