Lost in the Stars by the Highbury Opera Theatre at the Union Chapel, London.

Back stage on the second night running of Lost in the Stars at the Union Chapel, shortly before final call.

The Highbury Opera Theatre is putting on a fully-staged London premiere of Lost in the Stars, Kurt Weill's final 1949 musical, with words by Maxwell Anderson, based on Alan Patonís novel Cry, the Beloved Country. The show includes children from Gayhurst Community school in Hackney and schools from London Borough of Islington. The cast is led by South African operatic baritone Denver Martin-Smith and Zimbawean Lucky Moyo, who has toured the world as the lead voice of the popular a capella group Black Umfolozi. The large chorus is anchored by Eclectic Voices. The production is conducted by Scott Stroman and directored by Jean Lacornerie. 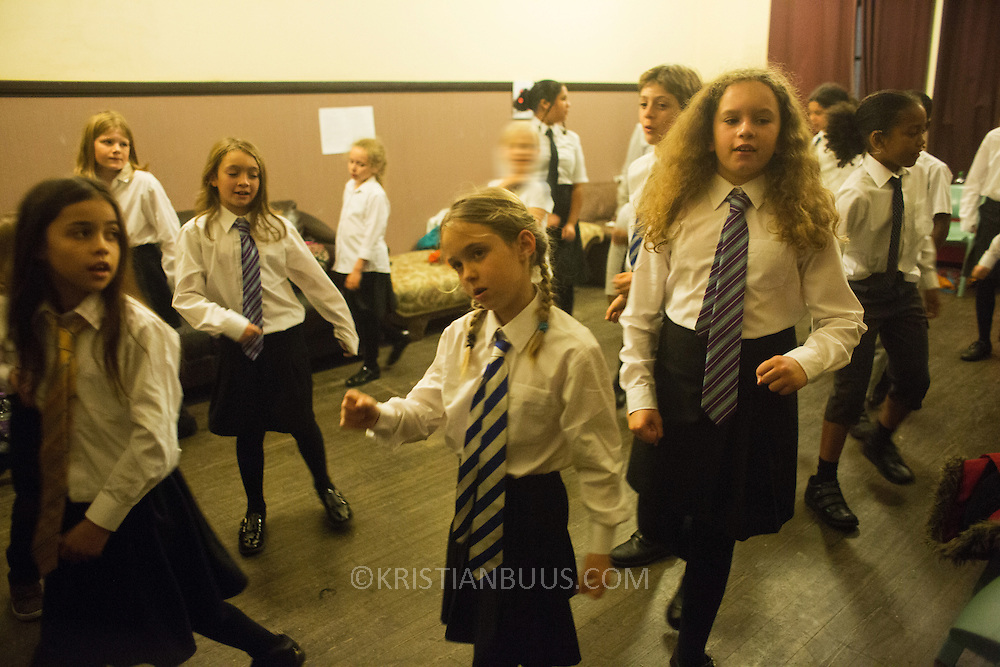