The third and last day of the Strike WEF march on Davos, 19th of January 2020, Switzerland. The march is coming off the path to cross the main road to Davos. Some of the activists wanted to take the road for political reasons but police blocked them from doing so. No arrests were made. The authorities had refused permission for the march to walk on the road into Davos so many hiked across the mountains from Klosters to get there. The march is a three day protest against the World Economic Forum meeting in Davos. The activists want climate justice and think that The WEF is for the world's richest and political elite only. 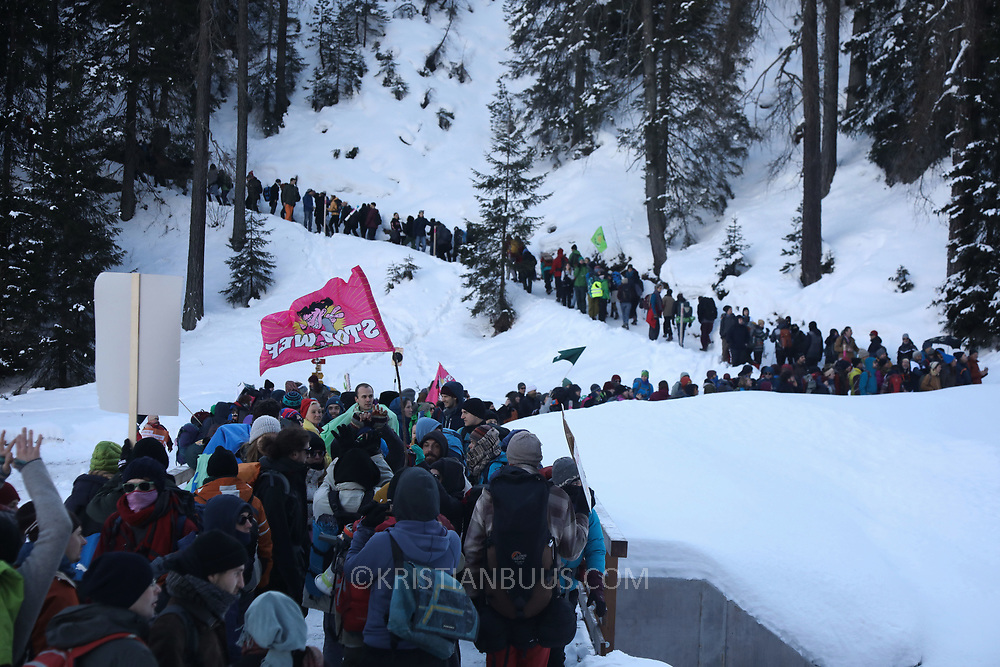